Coffee: Is It Good or Bad? 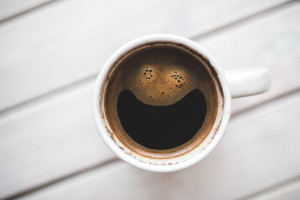 Contrary to the traditional belief that coffee has a negative effect on health, recent studies have suggested otherwise. A reasonable intake of coffee among healthy adults, corresponding  from 1 to 3 cups of brewed coffee per day (containing less than 400 mg of caffeine) has been shown to elicit a neutral or positive effect on health.

Among the many potential benefits of coffee is a reduction in the risk of developing neurodegenerative diseases and those affecting the central nervous system such as Alzheimer’s and Parkinson’s diseases. Coffee has also been shown to play a role in weight loss mainly by improving metabolism and thermogenic activity. Increases in energy expenditure and fat oxidation also result from regular coffee consumption, in favour of weight loss. Coffee may further contribute to the prevention of gastrointestinal diseases and the development of gallstones, and protects liver function in particular. Moreover, it lowers the risk of the development of endometrial, liver, prostate, breast and colorectal cancers. Many of these benefits support the finding that regular coffee consumption reduces the risk of overall mortality.

In addition to coffee itself, caffeine may provide supplementary benefits. Caffeine is a bronchodilator (opens up airways in the lungs), and may be particularly helpful during sustained higher performance exercises and also helps to improve asthma symptoms. Additionally, caffeine has been shown to have a beneficial impact on long-term memory, probably through stimulation of the central nervous system. For this reason, it has also been associated with preventing depression.

Caffeinated coffee appears to pose no harmful effects on hypertension, with studies showing that caffeine raises blood pressure transiently and regular coffee consumption increases blood pressure in the long-term by up to 2 mmHg. Besides caffeine, there are more than 600 other compounds that make up coffee. Among these are numerous antioxidants, micronutrients, vitamins and minerals. Such organic compounds may offset the acute increases in blood pressure and are beneficial in decreasing the risk of developing coronary heart disease and arrhythmias. Studies suggest that regular coffee consumption (1-6 cups per day) in the long-term (with or without caffeine) may also protect against stroke and cardiovascular disease mortality. Overall, the recent studies taken together suggest that coffee does not, in fact, have a negative impact on cardiovascular health.

Particularly interesting research points to the major role that coffee plays in the protection against the onset of type 2 diabetes. Studies suggest that consuming 4-6 cups per day reduces the likelihood of developing type 2 diabetes by 28% compared to lower consumption. More than 7 cups per day is associated with a 35% lower likelihood of onset. In fact, every cup of coffee is associated with reducing the risk by 7%.

The possible mechanisms by which coffee protects against type 2 diabetes may be attributed to the various antioxidant constituents. These, along with numerous other organic compounds, enhance glucose metabolism and insulin sensitivity, while also contributing to weight loss. Additionally, coffee contributes to reducing oxidative stress – a causative factor for the onset of the disease – by increasing internal glutathione concentrations (the body’s main antioxidant enzyme).

Despite the growing body of research that supports coffee’s benefits, it may not be a suitable choice of beverage for many. Everybody metabolizes caffeine differently depending on enzymatic activity, therefore the amount of caffeine tolerated varies from person to person. Too much caffeine intake can result in unpleasant symptoms including headaches, nausea, anxiety, high blood pressure and restlessness.

Additionally, two compounds in coffee (cafestol and kahweol) act to raise cholesterol levels. However, the preparation method heavily influences the concentration of these compounds. Brewed or filtered coffee allows for partial retention of cafestol and kahweol either by the filter paper or by the brief contact with hot water. If ground beans are simply boiled (as is the case with instant coffee), the cholesterol-raising compounds are extracted as they contact the hot water for a longer amount of time, thus resulting in a higher concentration.

Caffeine also functions as a diuretic, increasing urine output. Therefore higher amounts of caffeine intake may result in higher calcium and magnesium excretion via urine. This may be of particular concern for those at risk of osteoporosis, since frequent caffeine consumption may contribute to accelerated bone loss, decreased bone density and resulting fractures.