Posted on May 31, 2018 | Comments Off on Vitamin C reduces the risks of developing colon cancer 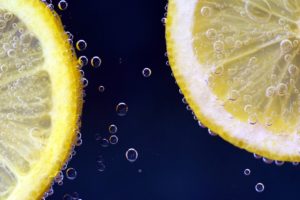 Colon cancer is the 2nd most common cancer in Canada.  Processed meats such as kovbasa, ham and sausages significantly increase the risk of developing colon cancer.  But vitamin C eaten with these processed meats can reduce that risk.  Please read below for a thorough discussion of the research.

One of the known risk factors for colorectal cancer is a diet high in processed meat, due to the added preservatives. The nitrites and nitrates added to the meats are used as additives to extend shelf life, prevent microbial contamination, give the meat its pink colour and improve its quality. The amount of nitrates/nitrites added to the meat depends on cooking methods, other additives, wood smoke, spices, heat, storage and packaging. Foods containing high amounts of nitrates include bacon, cold cuts, salami, hot dogs, sausages, and smoked and salted fish (2,3). Once consumed, these nitrates are converted into N-nitroso compounds (NOCs) within the digestive tract, which are carcinogenic compounds (4,5). In particular, cells of the colon are susceptible to the oxidative damage caused by NOCs, and the colon contains a high amount of amines and amides which are involved in the nitrate conversion process (5).

Sources of vitamin C, as well as other antioxidants and phytochemicals found in fruits and vegetables have been shown to prevent the formation of NOCs in the digestive tract and alleviate the nitrate-induced oxidative damage, therefore protecting against cancer (3,6). Some, but not all processed meats contain vitamin C and α-tocopherol in their ingredients, which can decrease the nitrite content of the meat (2). Research has shown that in people with low vitamin C intake, the risk of digestive cancers are higher, whereas if taking vitamin C prior to nitrite consumption, the DNA damage is reduced (3,5). The time of consuming the two is also an important factor. 1 gram of vitamin C taken 2 hours before, with, 1 hour after, or 2 hours after the nitrate exposure has been shown to reduce the NOC activity by 94, 100, 87 and 25%, respectively (6). Therefore vitamin C is most effective in reducing the negative effects of the nitrates when taken in consumption with the processed meats (6).